The development story of MR™

From Glass to Plastic Lenses

Forty years ago, in Japan, in the early of 1980s, glass lenses were the mainstream for eyeglasses, and the penetration rate of plastic lenses was only around 10%. On the other hand, in the United States, more than 80% of eyeglass lenses were made of plastic, which is light, break resistant and safe, so it was widely used. The material was made with a resin called allyl diglycol carbonate (ADC). It was developed during World War II as a material for the windshields and fuel pipes of fighter aircrafts. And since mid-1960s, it has been widely used as a material for eyeglass lenses. 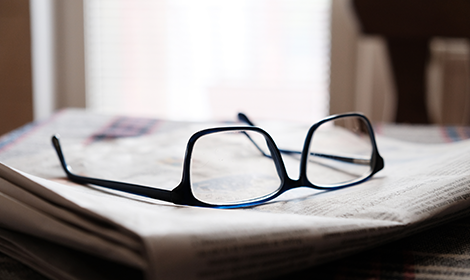 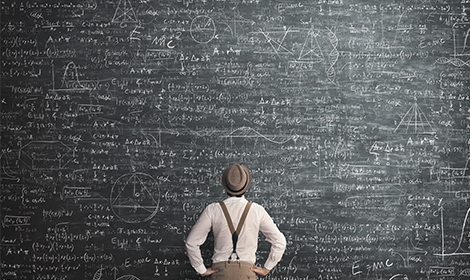 Targets: Refractive Index of 1.60 or More and an Abbe Number of 35 or More

In 1982, Mitsui Chemicals started developing new lens material. With no accumulated technology, we were struggling at the start. Our development target was lens material with a refractive index of 1.60 or more and abbe number of 35 or more. The Abbe Number quantifies the likelihood of chromatic dispersion. The larger the value, the less amount of chromatic dispersion and the clearer the lenses. The higher the refractive index, the lower the Abbe number tend to be. Therefore, it would be important to achieve these two targets as a set.The development of a lens material that would be later be called MR-6™ started in this way. Katsuya Sakai, who was in charge of development from the initial stage, looks back on those days and recalls them as follows. 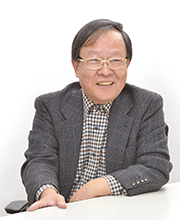 This is something that happened in the late 1970s: We received instructions from the top management to search for new products across entire field of fine chemicals. I was in the Fine Chemicals Development Division in the Head Office at that time. I visited several major lens manufacturers and conducted market research for wide scale eyeglass lens application possibilities. Therefore, I learnt the high expectation for lens material with a high refractive index of 1.60. I summarized my market research results and reported them as a research and development theme to my boss. At that time, it was officially decided and research was started.

The researchers who had started developing the lens material brainstormed and examined ways to increase the refractive index with reference to the development cases of other companies that had preceded us. However, we could not achieve the desired results. Consequently, the priority level assigned to this research theme was gradually lowered and development was on the verge of being suspended. The number of researchers on this project was also reduced. However, the person who was responsible for business development at that time backed Sakai, who was in charge of development, and Katsuyoshi Sasagawa, who was in charge of research, to continue their research: I will take responsibility for the rest, so continue your research.” If it hadn’t been for a word to continue this research, and without their tenacity, this project would probably have ended. The birth of the MRTM series would never have happened. The researchers came to think it was necessary to develop their own unique high refractive index lens material looking at this situation in which results were not being produced. They focused on the introduction of sulfur atoms that were known to theoretically increase the refractive index of resins and a urethane resin for which Mitsui Chemicals had accumulated technologies as a material for beds, sheets, paints and adhesives over many years. That was because the isocyanate compound of this urethane raw material and the mercapto compound containing sulfur atoms were known to react well together in theory.However, this mercapto compound was difficult to handle because it had a bad smell characteristic of sulfur. Therefore, this method was not one that was worth pursuing.Moreover, although there were cases in which thiourethane resin (urethane resin containing sulfur) had been considered as an elastic fiber or coating material, it had not been examined and certainly had not been commercialized as an optical resin at that time. The researchers wondered if they could proceed on their research somehow with this approach as their last hope. In this way, research on an original thiourethane resin started. 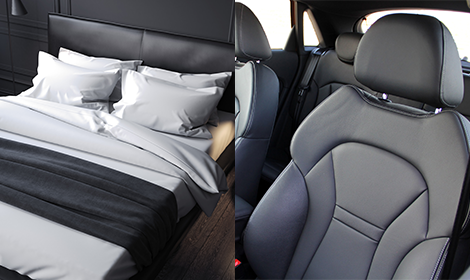 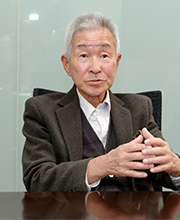 Sasagawa, a researcher at that time, says the following

We had reached our limits in the development of a high refractive index lens with thiourethane resin at that time. We came close to making the decision to end this research as a theme. However, I and a fellow researcher who had not given up called Yoshinobu Kanemura decided to look again as to whether there were any compounds we had yet to try.

Chapter 3Finally, the Birth of an Ideal Lens Material

Proceeding with the Re-consideration of a Thiourethane-based Material

We tried taking another look at a thiourethane-based material under the belief that there must be a compound we hadn’t tried yet based on the research records compiled by researchers in the past and documents for patent applications. Specifically, we tried reacting various mercapto compounds with a special isocyanate resistant to yellowing Achievement of the Development Targets: Reward from 5 Years of Hard work

One day, a researcher who was a colleague of Sasagawa said there was such a compound. He then retrieved a compound that had been considered as a material of food packaging from a refrigerator in a laboratory. It had been stored without being discarded even after being considered for that. Neither Sasagawa nor fellow researcher Kanemura thought that this would lead to an important discovery. That is because records of a test on a compound with an extremely similar structure to this compound had been left behind by a researcher stating that the experiment had been a great failure due to intense foaming. It was believed that this compound would also foam violently in the same way. However, when it was mixed together, there was no violent reaction and it hardened transparently. Various optical properties tests were performed on it that day. Something that no one had expected then occurred. Mitsui Chemical had finally cleared the standard of a refractive index of 1.60 and an Abbe number of 35 or more that we had set as our lens material development targets. In addition to that, it was also found that it had a low specific gravity and excellent impact resistance. This was the moment when five years of hard work was rewarded. 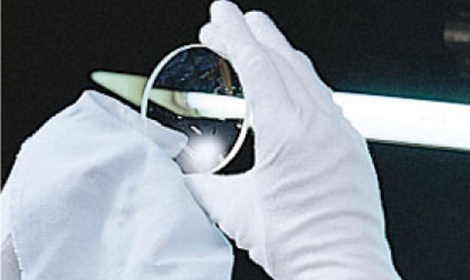 Improving the Degree of Perfection with Lens Manufacturers

The innovativeness of MR-6™ was highly regarded. Nevertheless, it caused lens manufacturers a lot of confusion. To begin with, MR-6™ was the first urethane-based lens material. The process for lens molding differed greatly to that for ADC. We were asked lots of questions about the material by lens manufacturers. We occasionally received seemingly never-ending complaints from them. We rushed to them and visited their factories to solve these problems each time they arose. We responded to lens manufacturers in this way both in Japan and overseas. The evaluation technologies we accumulated from this response formed the basis of the development of new products subsequently. After developing MR-6™, we were able to develop new lens materials in quick succession: MR-7™ with its improved refractive index of 1.67 and MR-8™ with its improved Abbe number and heat resistance. This was thanks to the technologies we accumulated at that time. The MR-6™ we had developed was adopted by one major lens manufacturers one after another in Japan and overseas. Moreover, in addition to these major lens manufacturers, we proactively provided MR-6™ to other lens manufacturers that required it. These sales without limiting our customers were a major reason in why this material became the standard on the international market. Mitsui Chemicals’ stance that excellent technology is only meaningful when used by many people helped spread the MR™ series and opened up the era of high refractive index plastic lenses. Kanemura, who witnessed the development of MR-6™, had the following to say about the reasons why the MR™ series was successful. 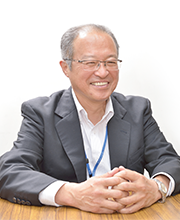 When we succeeded in developing MR-6™, its high Abbe number and its great impact resistance in addition to its high refractive index were rated highly to the extent it surprised us. I felt that we had secured a strong response. I think there were various factors behind our success. We brought technology that was unfamiliar to the industry with urethane. Nevertheless, we were extremely patient in our interactions with our customers and we solved their problems working together. The physical properties of the material were also good. In addition, after launching MR-6™ onto the market, I think it was very important that we raised the level of assumptions in the industry for the next refractive index that had previously been 1.65 to 1.67 with our MR-7™. I feel that it was a truly great material.

The researchers at Mitsui Chemicals are constantly working on the development of lens materials with new possibilities without being complacent with this success.