The Birth of MR™

The first plastic lenses for eyeglasses were produced in the 1940s. A material called ADC* dominated the market for quite some time as an alternative to glass.
ADC lenses had several disadvantages, including low refractive index, and tended to be thick and cosmetically unappealing. This led to demand for a high refractive index material that would allow thinner lenses. Later, plastic materials such as acrylic and polycarbonate entered widespread use as medium refractive index materials for eyeglass lenses. Nevertheless, various issues remained, including toughness and chromatic aberration.
In the 1980s, Mitsui Chemicals drew on urethane resin, which exhibited superior impact resistance, as an eyeglass lens material. It introduced sulfur atoms to improve refractive index in its development of a material based on a new concept called the thiourethane lens. In 1987, Mitsui Chemicals produced MR-6™, the first in a line of MR™ brand products. This optical lens material was based on an innovative molecular structure that achieved a refractive index of 1.60, high Abbe numbers, and low specific gravity, paving the way to a new age of high R.I. lenses.

We have continually worked to optimize processes and technology to cater for the requirements of our customers and achieve customer satisfaction of MR™ lens material. At the same time, we have been applying for patents and acquiring rights for the technology all over the world. See more → 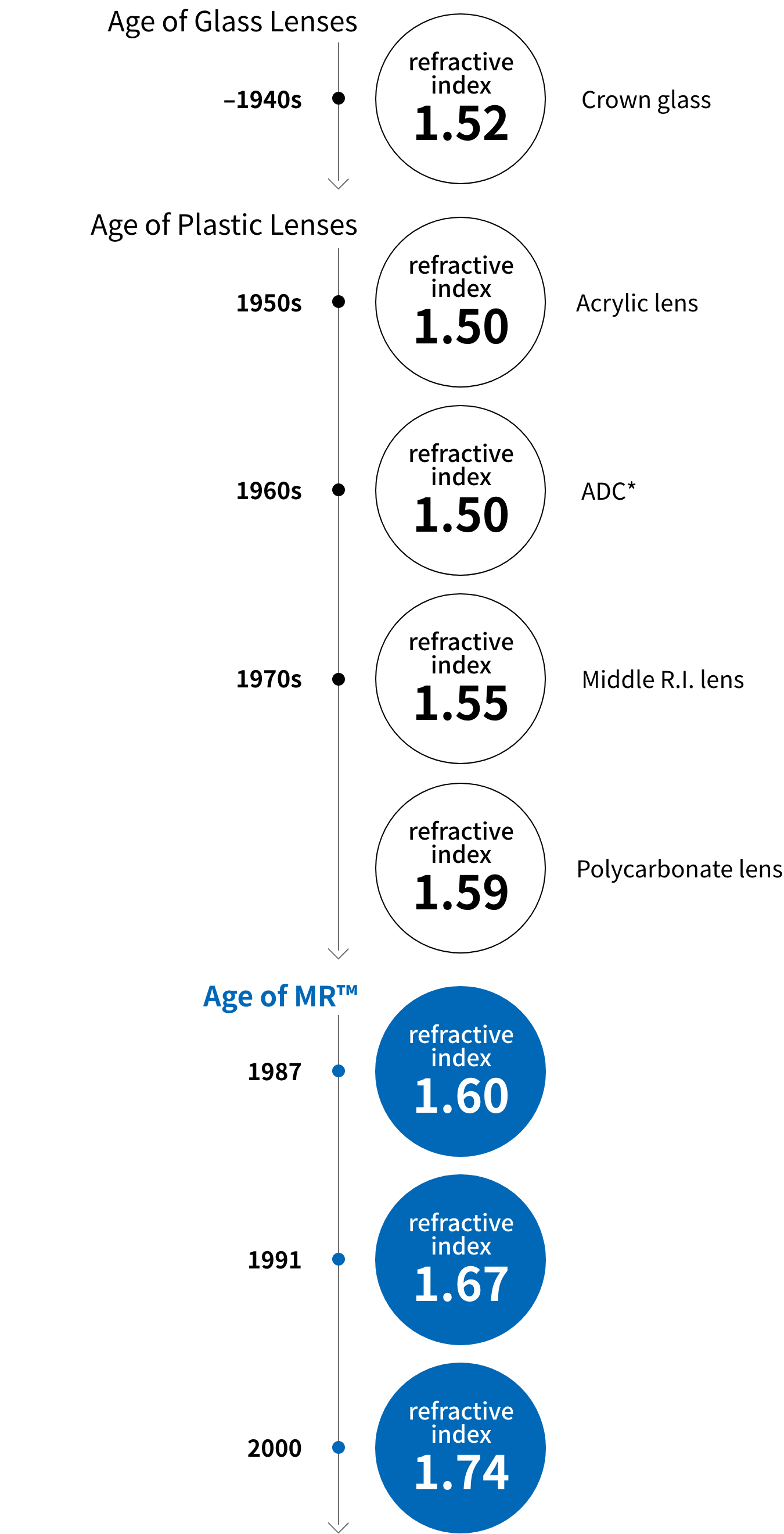